It’s the first day of the summer camp where my daughter Lisa works as a counselor, and she listens while the head counselor sits all the kids down, lists the “forbidden” behaviours, and outlines the consequences that will follow when rules are broken.

Lisa tells me that after this introduction, one little boy says, almost in tears, “I’ll never remember all those rules!” Another starts to punch the child sitting beside him, just seconds after being warned about the consequences of such behaviour. All the kids look restless, anxious — and a lot less enthusiastic about being at camp.

It reminds me of the days when Lisa and her brothers were small, and before we went on family outings, their father would present them with a similar list of crimes and consequences. The children would then respond to his expectations: after all, if the adults have gone to the trouble of thinking up a list of behaviours and devising appropriate consequences to go with each one, any reasonable child is going to feel that he or she is expected to demonstrate those behaviours. 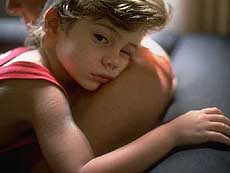 Despite the popularity of consequences, I’ve never been comfortable with this approach. It clashes with my beliefs about children’s natural desire to do the right thing — in Jean Liedloff’s words: “children, far from being contrary, are by nature profoundly social.” I’ve also worked with foster parents and others caring for children who have been abused and traumatized, and most of them have been taught to use consequences and other forms of behaviour management to “correct” the children. In the parenting workshops I’ve done with these groups, there has been almost universal agreement that despite the theories, consequences don’t work. In fact, they seem to be more harmful than helpful.

The technique goes like this: The child is told that she can “choose” how she wants to behave, and that there will be “consequences” resulting from her choices. The parent or caregiver then describes the consequences of making the “wrong” choice — being sent to her room, doing some unpleasant task or chore, sitting on a time-out chair, having a toy or privilege taken away, etc.

Consequences can also be used when the child is already doing something the parent doesn’t like. Then she’s told that if she continues that particular behaviour, she’ll face a negative consequence, or she can choose to stop and avoid it.

On the surface, this approach looks something like the way children naturally learn. The toddler drops a toy and, consequently, it falls to the ground. She learns the effects of gravity. Or a preschooler heads outside in winter without a coat on, feels his arms and hands getting cold, and learns that snow on the ground means cool temperatures.

But the similarities are more illusion than reality.

While gravity and weather are naturally occurring, the kind of consequences we are talking about are contrived and then imposed on the child by the adults in his life. The child looks to adults to help him understand how he is expected to behave, and this approach tells him that “bad” behaviour is expected — it must be, because the adults have planned for it.

A thorn by any other name...

Despite the name, consequences are really just punishments. The parent is trying to coerce the child into doing what the parent wants by making it unpleasant to do anything else. I hear angry social workers and child care staff say to the children they are caring for, “I’m going to consequence you so you’ll never forget it!” Changing the name doesn’t change what it is, and kids know it.

Pretending that the consequences are the child’s free choice — that he has chosen the punishment — is incredibly dishonest. It becomes a way to blame the child, even as he is being punished: “Well, you chose to play in the puddle, so now you have to suffer the consequences and clean everyone’s shoes.” Added to the anger and resentment he may feel about being punished is a confused sense of guilt that he’s somehow brought this on himself. In his heart, though, he knows he was meeting the implicit expectations of the adults in his life.

Part of the pretense is the claim that these are “logical” consequences that simply follow from the child’s choice: “Sorry, Joshua, you chose to come home late for dinner so you get nothing to eat until breakfast tomorrow.” A more logical or natural consequence might be that Josh had to prepare his own dinner, or had to eat something reheated, but many parents want something more “painful.” So Joshua goes to bed hungry.

But what if, the next night, Mom arrives late from work and misses supper? Does Dad tell her that the consequences of her choice are that she gets no food until morning? (Not if he wants to stay married!) No, he’s probably kept a serving set aside for her and will warm it up as soon as she comes in; at the very least she’ll prepare herself a sandwich or heat up a meal. And no, the disparity between how his mother is treated and how he is treated will not escape Joshua.

The presentation of a false choice is also very confusing to children who are trying to sort out what behaviours are expected and appropriate. One of my friends told her two teenage daughters that if they stayed out past the curfew time she had set, they would have to do various chores around the house the next day. That would be the consequence. They took her statement at face value and behaved as though she had offered them a real choice: they stayed out as late as they wanted, and then willingly did chores the next day. The girls couldn’t understand why their mother was so angry at them.

The price of consequence-induced compliance

Sometimes parents who recognize the problems with consequences will offer positive consequences instead — giving rewards for the behaviours they want to encourage. Dad tells his toddler “Stop crying and I’ll give you this cookie.” The toddler gulps down her tears and reaches for the cookie. But ten minutes later, the cookie is eaten and she’s in tears again. The root of the problem that caused her crying (perhaps she’s tired, frustrated by not being able to communicate, missing her mom, stressed by the arrival of a new baby in the family, or any of a hundred other things) has gone untouched. And children quickly recognize that positive consequences or rewards are also manipulative. When we offer a child a prize for reading a book, does that make reading more appealing? No. The message the child gets is that reading is so unpleasant and undesirable as an activity that adults need to bribe children into doing it.

Consequences also focus entirely on the behaviour, and ignore the child’s need. Foster parents tell me that this is one of their greatest frustrations in using this technique. They will send a child to a “time-out” room as a consequence every time she screams, for example, and may eventually get her to stop screaming. But then she starts biting other children. A new consequence might suppress that behaviour, but now she’s torturing the cat. None of the strategies have gotten at the underlying problem: the anger and unexpressed emotions that this child needs to resolve.

Imagine using consequences in this way to deal with a baby who is crying. You decide that the crying is an “inappropriate behaviour” and that as a consequence you will put the baby in another room, alone, every time he cries. He will probably, eventually, stop crying. He will give up, and it will seem as though the consequence has achieved its goal. But the cost is so great. He has learned that nobody cares about his needs and that his calls for help and nurturing will go unheeded.

To get away from consequences, rewards and other kinds of “behaviour management” it can be helpful to think in terms of living with your children, rather than controlling them. Unfortunately, many of us find it hard to have faith in our children. We’re afraid that if we don’t push, coax or coerce them into acceptable behaviour, they’ll never learn to be cooperative or responsible. This is probably a message passed on through our own childhood experiences and exacerbated by pressure from other adults. But Liedloff’s experience, and that of many parents, shows that exactly the opposite is true. When we stop trying to control and manage our children’s behaviour, their innate desire to follow our examples is able to come to the surface.

This year my daughter was assigned a small group of children to work with at camp, and she has been able to try a “non-consequences” approach. Instead of going over expected misbehaviours with them before outings, she just takes them along. If a child makes a mistake, such as talking loudly in a place where people are expected to be quiet, Lisa will gently and quietly let the child know: “Andrew, we need to whisper here because other people are reading.”

Most of the time, though, she finds they watch her for cues on how to behave. If she walks into a building and stands quietly waiting, they’ll do the same — without her saying a word. Sometimes one or more of them will be overflowing with too much energy or tension to stand quietly, and then she helps them to find ways of dealing with that. One might need to be picked up and held, one might need to talk, one might want to move around — so Lisa helps that one to find some space where movement is okay. She respects their needs, and they follow her model (most of the time) by respecting her reasonable requests.

While establishing consequences might seem effective on the surface, children hear the underlying messages even more clearly. It tells them they are expected to misbehave, and that when they do, they can’t even object to the punishment because it was “their choice.” All of this goes disastrously against their continuum which prompts them to look to adults for the examples and expectations that will guide their behaviours.

Teresa Pitman — mother of Matthew (21), Lisa (19), Daniel (17) and Jeremy (13) — has been incorporating the principles of The Continuum Concept in her life and mothering. She has been a La Leche League Leader for 20 years and single mom since her youngest was five years old. Teresa is a writer of magazine articles, short fiction and books, including a series of parenting books entitled Steps and Stages, co-written with Holly Bennett. She also teaches writing and does training for Children’s Aid Societies in Ontario, Canada.
© 1998 by Teresa Pitman, used by permission.
More Articles...