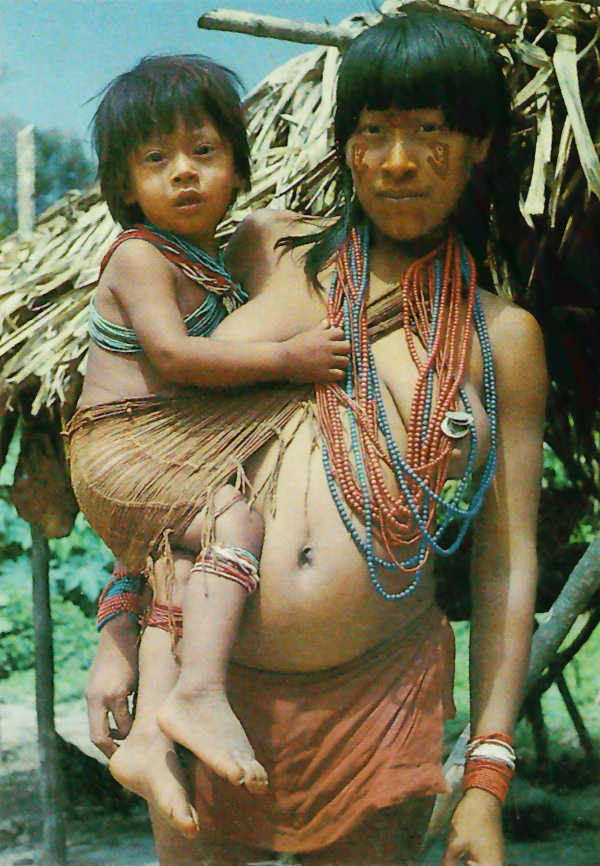 According to Jean Liedloff, the continuum concept is the idea that in order to achieve optimal physical, mental and emotional development, human beings — especially babies — require the kind of experience to which our species adapted during the long process of our evolution. For countless millennia, the following experiences were virtually universal for “primitive” babies and children:

Genetically, a baby born today is virtually identical to its ancient ancestral cousins, innately possessing what Liedloff called continuum expectations for experiences like those described above. But due to modern Western childbirth and child-care practices, our children’s continuum expectations are often inadequately met, if not entirely unmet:

Evolution has not prepared human children, and especially newborns, for the experiences of modern conventional parenting. They cannot comprehend why their desperate cries for the fulfillment of their innate expectations go unanswered, and they develop a sense of wrongness and shame about themselves and their desires. However, if children’s continuum expectations are fulfilled — precisely at first, with more variation possible as they mature — they grow to be more self-assured and exhibit higher levels of well-being and joy.

Infants whose continuum needs are fulfilled during the early, in-arms phase grow up to have greater self-esteem and become more independent than those whose cries go unanswered for fear of “spoiling” them or making them too dependent.

Fortunately, the “broken continuum” of virtually any human being — child, adolescent, or adult — can be healed. This potential is explored in Chapter Seven of The Continuum Concept and was the focus of Liedloff’s work in her later years.

Jean Liedloff loved words and wordplay, which may explain why she used the word continuum with multiple, interrelated connotations, all of which must be understood and integrated to fully appreciate the concept. Here are some excerpts from the section of the book in which the continuum concept is first explored in detail:

…It is no secret that the “experts” have not discovered how to live satisfactorily, but the more they fail, the more they attempt to bring the problems under the sole influence of reason and disallow what reason cannot understand or control.

We are now fairly brought to heel by the intellect; our inherent sense of what is good for us has been undermined to the point where we are barely aware of its working and cannot tell an original impulse from a distorted one.

…[Determining what is good for us] has for many millions of years been managed by the infinitely more refined and knowledgeable areas of the mind called instinct. … [The] unconscious can make any number of observations, calculations, syntheses, and executions simultaneously and correctly.

…What is meant here by “correct” is that which is appropriate to the ancient continuum of our species inasmuch as it is suited to the tendencies and expectations with which we have evolved. Expectation, in this sense, is founded as deeply in man as his very design. His lungs not only have, but can be said to be, an expectation of air, his eyes are an expectation of light… [etc.]

…Resistance to change, no way in conflict with the tendency to evolve, is an indispensable force in keeping any system stable.

What interrupted our own innate resistance to change a few thousand years ago we can only guess. The important thing is to understand the significance of evolution versus (unevolved) change. … [The latter] replaces what is complex and adapted with what is simpler and less adapted.

There is no essential difference between purely instinctive behavior, with its expectations and tendencies, and our equally instinctive expectation of a suitable culture, one in which we can develop our tendencies and fulfill our expectations, first, of precise treatment in infancy, and gradually of a (more flexible) kind of treatment and circumstance, and a range of requirements to which adaptation is ready, eager, and able to be made.