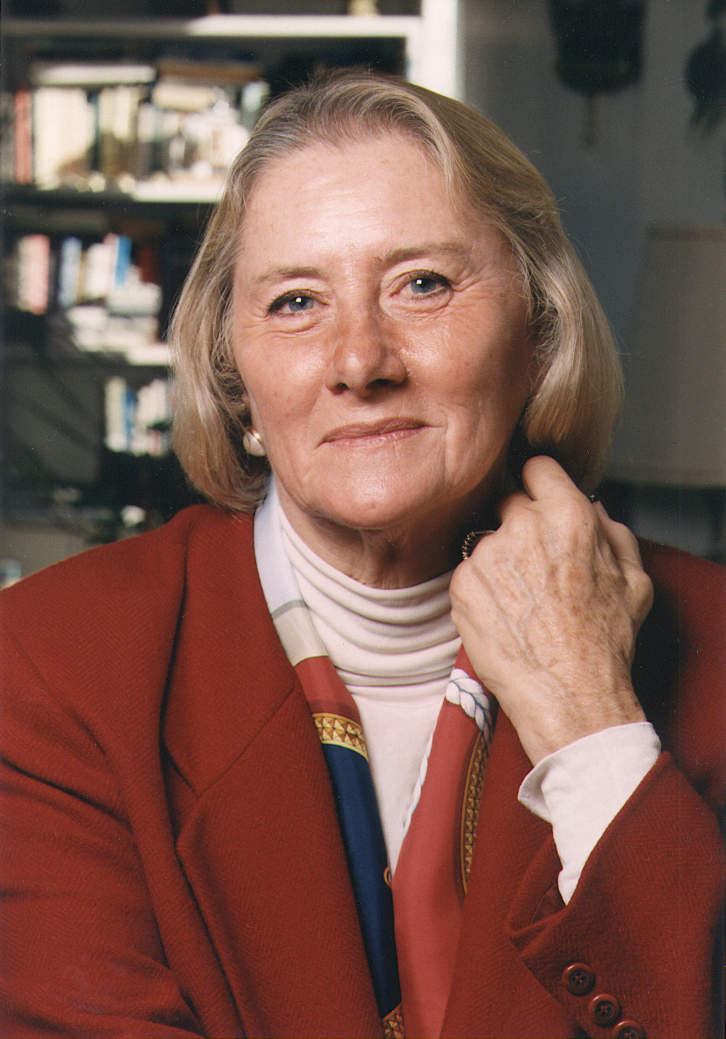 About the Author...
Jean Liedloff

“As a child I was attracted to everything that had to do with jungles. There was something primal, something right about it.”

Jean Liedloff’s fascination with wild nature led to her adventures in the Amazon rainforest, her discovery of the continuum concept, and her book’s profound influence on parenting in modern societies. 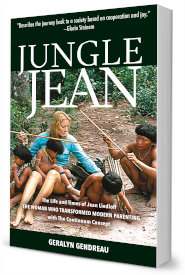 She passed away in 2011, and her dramatic life story has been documented in a biography entitled Jungle Jean, written in vivid detail by Jean’s friend and confidante, Geralyn Gendreau.

Liedloff Took Us Back

Jean Liedloff, author of The Continuum Concept, died peacefully in the pre-dawn hours on her houseboat in Sausalito (California) last Tuesday (March 15th, 2011). She was 84 and lived with her four-legged companion — an Abyssinian cat named Tulip.

Ms. Liedloff was born on November 26th, 1926, in New York City. She grew up on the Upper West Side of Manhattan and graduated from Drew Seminary for Young Women before attending Cornell University for one year. When her beloved grandmother, Rosebel Shiff, passed away in 1951, Ms. Liedloff left the states and traveled to Europe. Once there, she began working for Conde Naste as a model for Paris Vogue. She learned French, Italian and Spanish (without formal language studies) and began taking occasional assignments as a translator.

With letters of introduction from her New York elite connections, Jean traveled to Florence, Germany, and the French Riviera. In the high-society world at that time, the big news was the “party of the century.” Crowned heads of state, movie stars, dignitaries, writer, artists and everybody who was anybody had been invited to Palazzo Labia for a masquerade ball hosted by the flamboyant millionaire Carlos de Beistegui. It was here that Ms. Liedloff crossed paths with the two Italians who would open the door to the South American jungle and her destiny as an explorer.

Over the next several years, Ms. Liedloff made five expeditions to Venezuela — ostensibly to hunt for diamonds — spending more than two and half years among aboriginal tribes deep in the rainforest. Upon her return to New York and Rome, she gained considerable attention for her adventures. She appeared on The Tonight Show with Johnny Carson, was interviewed by Barbara Walters, and met with Margaret Mead and many of the intellectual elite of the day — some of whom questioned what a young woman without a college degree could possibly have to say. Ms. Liedloff’s response was unapologetic; she believed her unlettered status allowed her mind to remain free of constructs that could have hindered her capacity to see the Indians and learn from that experience.

It was during these years that Jean became friends with George Plimpton, editor The Paris Review, and was encouraged to write a book. All the while, the insights she’d gained from living amongst two groups of tribal people — the Yequana and the Sanema — were beginning to coalesce into a unique view of human nature that would be a far cry from the “blond goes up the Amazon” conceit the literary world hoped to wrestle from her.

Although currently published as part of a series called “Classics in Child Development” that includes Babies and Their Mothers by D.W. Winnicott, The Continuum Concept was originally intended as a treatise on human nature that clarifies and champions what Ms. Liedloff termed the “in-arms phase.” The vital importance of this period in a child’s life has never been more clearly understood and articulated as it was by this woman whose own childhood had left her bereft of the much-needed living connection with mother that secures a growing infant’s sense of being both worthy and welcome.

Mothering Magazine named Ms. Liedloff a “Living Treasure” in 2007, and although she never had children of her own, she fully embraced motherhood and experienced it vicariously by encouraging millions of moms to follow nature’s clear and unambiguous imperatives. She supported thousands of parents directly through phone consultations and writings, and remained in touch with her many followers and devoted friends from around the world throughout her final days.

Next: Understanding the Continuum Concept